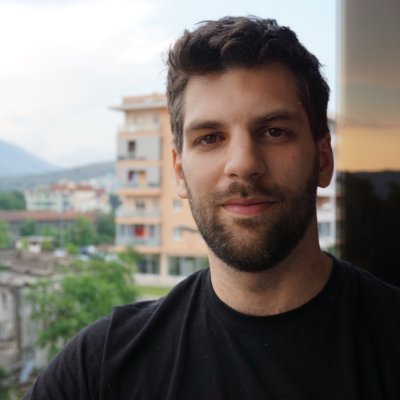 Generics in Java part 2 of 3

This article is the second part of the series Generics in Java.

Here are links to all parts:

Now that you know some basic syntax for Generics, as well as the motivation behind it, we can continue our journey to further expand our knowledge of Generics.

In this part, we are going to introduce the concept of type erasure, invariance, and restrictions of generics.

We already mentioned that Generics is a purely compile-time feature of the Java programming language, meaning the Generic types do not exist in the runtime.

To keep Java backward compatible with the old versions, Generics allow you the usage of so-called Raw types.

In this case, you can use Generic types without type arguments and still be able to include that library.

Raw type is a Generic type without type arguments.

Let’s show this with an example.

We know that the Collections framework has Generic types. One such example is the List interface, which takes E as a type parameter.

You already know by now how to create List of Integer element type:

But you are not required to provide a type argument, you can just leave it empty like this:

What happens here is that the Object type will be used as a type argument.

If you have multiple type parameters for your Generic class, you cannot omit just one type argument. You must either provide all type arguments, or omit them all (use Raw Generic type).

This brings us back to our first solution in making some class generic - by using the Object type in a class. Compile time type safety is lost by using Raw Generics. Needless to say, this approach should be avoided.

Exceptions to not using Raw types

We already said that Raw types should be avoided, but sometimes there are cases in which you don’t have a choice but to use them:

Finally, we are going to look at how generics really work under the hood. What does it mean that generics are only compile-time features and they do not exist in runtime?

During compilation, the Java compiler validates types in our code to make sure we don’t use Generic types in the wrong way. This is the point where we would get a compilation error if we misuse types.

After the type check step, all type arguments are erased. This leaves us with an Object as a type where we had type parameters, just as we would have in a case we used a Raw type.

In our Tuple example, after the compilation the class would essentially behave like this:

Now you may ask but if types are replaced by Object, what happens to all places in the code where we used this Generic type? Are we going to lose the information about the type argument that is used when this class was instantiated?

Well, it turns out that the compiler will insert an explicit type cast in all places that were using our generics type, so it will behave like this:

To summarize, the compiler feature Type Erasure is doing two things after compilation:

In the final part of this series we will show that we can force Java compiler to use some type other than Object when doing type erasure by something called bounds.

This section contains a bit of theory on the type systems, so feel free to skip it if you want. Here are the key takeaways from this section:

If you want to learn more details about invariance and covariance, just keep on reading 🙂.

A brief overview of Variance

Let’s now discuss an important topic of variance in Java. This will get more theoretical, but you will find it quite rewarding as it deepens your understanding of the nature of the Generics in Java.

As you already know, a type system in Java supports subtyping. It allows us to substitute a type with any of its subtypes.

But what happens if we have some type transformations, for example, arrays and generics? Do transformed types keep the same relations as their underlying types? Or do they somehow change that relation?

That behavior is defined by the variance. Each type transformation can have different variance and we’ll show an example soon.

Let’s say that we have a type A and it is a subtype of type B. Also, we’ll denote subtype relation with a ≤ symbol.

If f is a type transformation, we can say the following:

We’ll cover just what is relevant to our understanding of the Generics since this topic is huge and would require a series of articles for itself.

In Java, we have the following:

Let’s walk through an example to understand the implications of these statements.

Dog≤Animal - we read this: Dog is subtype of Animal.

Since Generics are invariant, we know that:

Let’s see what would happen if the Generics were not invariant:

The ClassCast Exception would be thrown in runtime, because we cannot cast Cat to a Dog, as we could to Animal.

However, for the same type argument, inheritance of generic types is allowed:

Since type parameters for Generics are invariant in Java, we can say that Generics have much stricter type safety than Arrays, which we’ll see in a moment.

On the other hand, since Arrays are covariant:

Because of that, we can do:

The same example as earlier:

This will throw ArrayStoreException (if the wrong type of object is stored in an array) in runtime.

If you wonder why Java Array is covariant, it’s a decision made by language designers to allow a different kind of polymorphism back in the days when there were no Generics.

Let’s switch back to the practical aspect of Generics. Let’s have a look at some restrictions on Generics.

Type argument cannot be a primitive

It’s easy to understand why, once you understand how Type Erasure works. As we already showed, the Java compiler is doing Type Erasure during compilation, which means it replaces Generic Types with Object (or some of its subclasses, as we’ll show in the next part of the series).

Hence, primitive types could not be used as type arguments.

Type parameters cannot be used in a static context

The easiest way to understand this statement is to go through an example:

This code will fail to compile. Let’s understand why is that. Say we would like to make 2 Inventory instances, one of Packet class and the other of Letter class:

What should the static field of Inventory class be? Is it Packet or Letter?

And what if we didn’t create an instance of Inventory class at all?

Now it should be obvious that the type parameter T could not be resolved correctly in the case of the static field.

For the same reason, type parameters cannot be used in static methods and static initializers.

This is impossible due to Type Erasure:

After type erasure, we would effectively get:

This is invalid due to type erasure, as methods would have exactly the same signature:

You should be able by now to figure out why this won’t compile 🙂.

If you instantiate this class with an Integer type argument, everything will be fine. Java compiler will effectively produce two get methods with Object and String as a parameter and return type. Also, every call to the get method of the Object type is explicitly type-casted with the Integer class. There is a clear distinction between calls to those methods.

But let’s take a look at the case when you instantiate this class with String type argument.

Since type erasure will replace T with Object there is no method signatures collision as we’ve seen before, as we’ll have:

And those method signatures are different.

But if there is an invocation of the get method in your code, a compiler will try to do explicit casting and at that point, it realizes that both Object and String versions of the get method would be eligible for this code.

So the compiler will give you a compilation error exactly in places where you use the get method as it is ambiguous.

Nonetheless, as we said you can instantiate this class with the String type argument and use other methods that are not ambiguous at the compile time, such as getExtended in our example.

It is strongly recommended not to use such class definitions that causes compilation errors for certain type arguments only. At least you should provide distinct method names to mitigate the risk of falling into this kind of situations.

Generics in Java part 3 of 3

In this post you will learn about String constant pool (or String pool for short) in Java. Knowing about String pool will deepen your knowledge of Java internals, which is always a plus for a Soft...

Generics in Java part 3 of 3